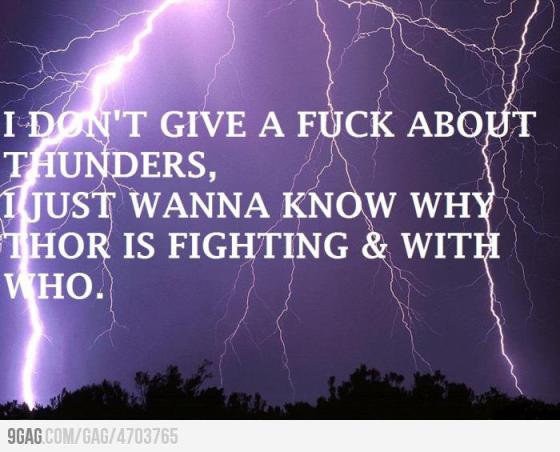 Horrible, horrible thunderstorm last night. I thought it would never end! During the day it was so hot I almost melted, then night falls and hello, Nordic God on a major tantrum!

I don’t know if it’s the sudden popularity of Thor or thunderstorms are just more frequent these days. Several days ago, the evening news reported separate deaths due to lightning strike, mostly fishermen out in the ocean. Sigh. It’s really scary how the weather is behaving. The NDRRMC chair said climate change may have something to do about it, rearranging the molecules in the air and giving birth to ferocious thunderstorms.

But you know what, when I see thunderstorms, the only thing occupying my mind is that picture above… and possible the couple of photos below:

I’m not sure who is hotter between the two though. Pikachu on a cape is serious. 😉

20 thoughts on “Of Thunderstorms, The God Thor, And Pikachu On Cosplay”