Crazy. There is this crazy news on Yahoo about an 18 year old in Taiwan dying from a 40 hour Diablo III marathon in an internet cafe. Where else do you hear news like this? Oh, wow. The actual cause of the death has yet to be identified in an autopsy but a blood clot from prolonged sitting might have caused it, says the authorities. Talk about a real monster kill.

When I was in college, I spent a lot of time playing a MMORPG too, called R.O.S.E online. If you have frequented this blog the past years, you might have seen screen shots of my avatar. I’m not sure I’m addicted though because I only played once I wake up until I sleep, with breaks for lunch, dinner, and toilet. This is obviously nothing compared to a 40 hour marathon…

But death from gaming? It’s incredible really. Actually a couple of weeks ago, My Man, our friend, and I were discussing getting ourselves Diablo III. But at the end of it, we decided not to for fear that it will ruin whatever is left of our non lives. With the news of this death, I think we made the right decision.

Interestingly, this Diablo III fatality is not the only gaming marathon related death posted this year. Last February, there is another person in Taipei who died from heart attack while playing League of Legends. What is more interesting is that other people playing in the internet cafe did not notice he died already and discovered it nine hours later! 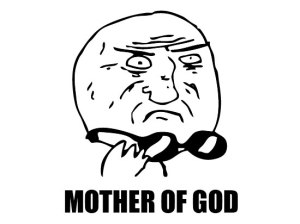