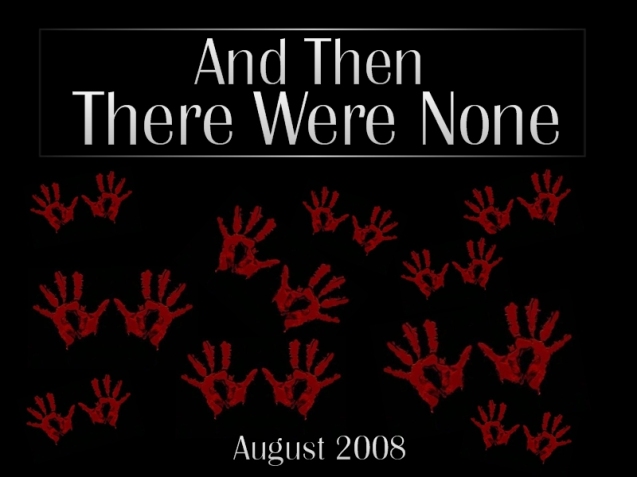 Book number 41: And Then There Were None by A. Christie. I finished this book prior to leaving and devoured it in about five hours. 😆

What it is: Probably the mother of all crime and mystery novels, I found And Then There Were None in a list online of the best books that ever sold. When I read it is the best on its lane, I knew I have to read it, even if I’m not the biggest fan of the genre (The only other book I’ve read in the same category is I am Half-sick of Shadows). Published in 1939, this one is a classic for a reason. The narration is crisp, fresh, and consuming despite its age and for something so short, it sure takes you on one memorable journey to Indian Island.

The plot of And Then There Were None is simple: 10 people who have been associated with murder but were not punished or even noticed get vague invitations to come and visit Indian Island. They are the only people there but each dies, one by one, in ways parallel to the nursery rhyme 10 Little Indian Boys; cool, right? I had a hunch who the killer is but is not sold throughout the novel until the end. The theme is simple: God will eventually punish the wicked but before he does, there are those willing to get the job done now. 😆

What I liked about it: This one takes your mind on a guessing game and transports you from time to time to the setting, which is chosen quite well too – for a beautiful island to become the venue for gruesome murder, it’s a nice contrast. You’d think And Then There Were None will be predictable but it is not. Even though you get an idea of how each will die, you have to wait how it will be interpreted and who will get killed first. It is not as eerie as I expected too but is instead fast and breezy. The language and narration is easy to grasp even though it’s ancient (unlike Wuthering Heights which nearly killed me). The book totally entertained me though I did not develop any attachment with any of the characters. I guess it’s hard to get attached to anyone when you know they will eventually get butchered by an unknown figure.

What I did not like about it: Apart from the lack of connection with characters, probably the biggest thing I did not like is how the ending went, how the killer got unmasked. For somebody to have orchestrated such clever, undetected, and almost poetic murders, the manner in which the killer revealed himself is lame. I think it did not give the murderer justice. 😉 But apart from that, I got really entertained by And Then There Were None. It’s a good book to read if you want to pass time or if you want to get a good introduction with the classics or this crime and mystery genre.

Recommended for: fans of classics and crime and mystery books, plus those interested with a quick, good, entertaining read, And Then There Were None is a good choice.

22 thoughts on “And Then There Were None Book Review: Who Killed The 10 Little Indian Boys?”