Do you write your own fate or does it write you? Is there a master plan to your existence or you’re the one responsibility for planning it? Do you really have a say in what happens to you or is everything predetermined, predestined even?

These are some of my thoughts today. Frankly, I don’t even know why I’m asking them. Hmm.. maybe because last night I’ve been talking to one of my best friends, Erico, motivating him to be brave in meeting his Great Perhaps set to consume him in a few months, and I found myself telling him not to worry because things have a way of turning out for the best. Well, that isn’t an original thought of mine but something someone has told me actually but last night, I found myself passing it on while adding that I believe that it turns out that way for real.

If fates are predetermined, I say that is a scary thing because it leaves you out of choice. There are times in my life when I have seen this happen. Writing as a career, for instance, is something I ran away from but it eventually caught up with me. It’s as if no matter what I do, it will eventually happen and it did – because of fate? There’s no way of telling, is there? 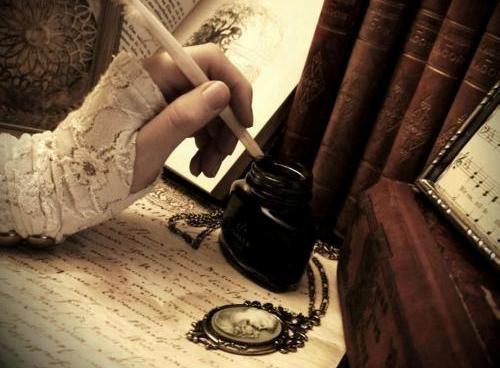 On the other hand, if we have a say in what happens to us, it is still scary. Why? Because you can’t blame anybody else for whatever happens to you. 😆 I imagine the amount of responsibility involved in this case is massive. If you think about it, it sounds like a lot of work too but somehow it sounds fairer as you get what you put in ideally.

Maybe fate is a mix then? Wow, I can’t really see where I stand in this one and I’m dying to know why things happen as they do. Are you the prime mover or are you the one being primary moved by a larger hand?

Hmm… maybe, just maybe, it doesn’t matter. For I know life – things will happen fate or no fate… just because. Fuck.

12 thoughts on “Blame The Hands That Wrote Her Story”