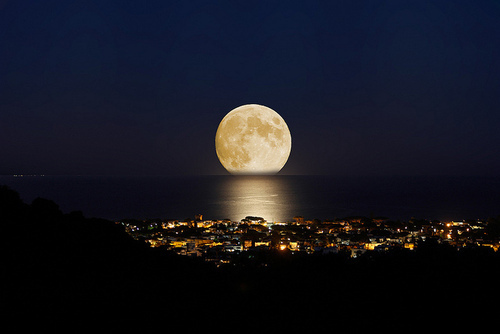 This constituted Andrew’s explanation when his father asked why he hasn’t gone down to the pitch to play baseball with his friends as always. The evening was young, the moon proud, illuminating the sky, making it clear and crisp, unlike Andrew’s head which was a tangle of thoughts that stirred him good and bad at once.

Eric’s eyebrows shot up. “Interesting, tell me more.” He took the chair opposite him at the porch, his thumb on his chin and his lips kissing his index finger. He had always thought his son incredibly shy and identified it as the sole reason why at 21 he has not got himself a woman to bring more zest into his life. Around that time, he has married his son’s mother, thinking she was the love of his life, only to know better after 20 years and a nasty divorce.

Andrew sighed, trying to find the words to best explain how he feels. “It was at a coffee shop, last week. I stood by the counter and after getting my cup I literally bulldozed her. She’s so tiny I didn’t see her standing behind me.” He shook his head and a small smile tugged at his lips. “We ended up sharing a table. I took the last one and told her I don’t mind sharing it with her and we sort of hanged out.”

“Yes,” he nodded, a curious light sparkling in his eyes. “We didn’t talk much because she was on her laptop. I sat across her and then something happened.”

The unfolding story didn’t fascinate Eric as much as the way Andrew confided in him and he cherished the moment. Silently, he thanked the anonymous girl that bitch slapped his son’s gravity so much he had to verbalize to his dad to realign his center.

“She smiled. She smiled, Dad, and all I remember thinking then was OH MY GOD.”

Eric chuckled. Clearly, his son was besotted by this beauty, or else this conversation would never materialize in a million years. “Did you say something funny that she smiled?”

He shook his head, frowning. “No, she smiled at something from her laptop. I didn’t elicit the reaction. I wasn’t able to say anything else really until she left.”

“So that was the reason he’s unsettled,” Eric thought to himself but was proved wrong when Andrew continued, “The funny thing is, I saw her again the next day and then the next. She keeps her head low so I never know if she remembers me but when I had my chance on the fourth day of seeing her, I said hi and we shared a table again and I got to know her a little bit.”

“There’s something wrong with her though.” He tilted his head to the side, hardly knowing how to continue. “We’ve been having coffee ever since and I think she likes me enough or else she wouldn’t entertain me… but something is wrong.”

“Is she seeing someone else? Probably heart broken?” Since his divorce Eric has dated enough women to know there was always something wrong with most of them. It was surprisingly hard to find a quality woman these days, although he must admit, he might have found one but messed it up completely. He was about to fall into nostalgia when Andrew finally announced, “She has a broken smile.”

Eric found this odd. “I thought you said she had a mind blowing smile?”

“She did, but I only ever saw it once. When I speak to her, when she smiles at me, it’s as if there’s a wall that separates us. I feel it and I’m certain she feels it too.”

“Did you ever ask her what’s wrong?”

“I did,” Andrew looked pensive and confused. “She said life happened.”

That was a direct blow to Eric’s gut. The last time he heard that line, he had broken the will of a woman who was foolish enough to try to put up with him. Melancholy tugged at him and to reject it he willed Andrew to come with him to the store so they could get some beer.

The drive was short and he was grabbing a six pack when he heard Andrew from one of the isles speak loudly in surprise, “Hi, I was just thinking about you. What brings you here?” Eric heard the faint voice of a woman joking about buying a car on a whim and his son laughing. He went to the counter to pay, intrigued to meet this lady that has got his son reeling.

When Eric turned around, he almost dropped the beer, everything went silent, and Andrew soon found out the reason behind his friend’s broken smile and why he would never see her again.

8 thoughts on “The Exact Problem When Life Happens”