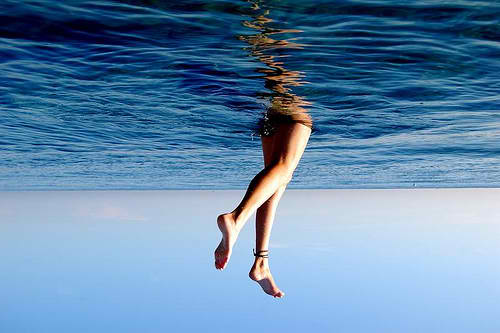 Book number 13: The Ocean at the End of the Lane by Neil Gaiman.

What it is: It’s true when they say “childhood memories are sometimes covered and obscured beneath the things that come later, like childhood toys forgotten at the bottom of a crammed adult closet, but they are never lost for good.” It’s exactly how I felt reading The Ocean at the End of the Lane by Neil Gaiman.

The story took me back to my childhood but also inspired me to do better in my adulthood – a lot better.

Most of the narration is a reminder of the horrors of childhood, how close they are, how helpless we all are, and how afraid we are of invisible shadows. I loved that the Ocean at the End of the Lane put emphasis on friendship, holding on, and innocence.

What I liked about it: I truly appreciate is how it shows readers everything adults lose simply by growing up and I’m grateful to be reminded to keep what is left for me to keep so I don’t regret stuff later on. I refuse to live in a bland “world of rules” and I certainly want to be like a kid again and be brave to “explore. Adults are content to walk the same way, hundreds of times, or thousands; perhaps it never occurs to adults to step off the paths, to creep beneath rhondendrons, to find the spaces between fences.”

It’s funny because it seems we get things a lot mixed up, like the good of childhood we shed and the point of adulthood we shamefully miss. For instance, this quote:

“Grown-ups don’t look like grown-ups on the inside either. Outside, they’re big and thoughtless and they always know what they’re doing. Inside, they look just like they always have. Like they did when they were your agree. The truth is, there aren’t any grown-ups. Not one, in the whole wide world.”

To me, this may be the reason why the world is as selfish as it is, and how everything seems to be about money. As the monster in The Ocean at the End of the Lane pronounce, “I only gave them what they needed. I made them happy,” but really if you only got money to make you happy, how poor can you be?

In all, The Ocean at the End of the Lane had a nostalgic effect on me. Similar to the unnamed narrator, “I do not miss childhood, but I miss the way I took pleasure in small things, even as greater things crumbled. I could not control the world I was in, could not walk away from things or people or moments that hurt, but I found joy in the things that made me happy.”

Now I wonder what will little me think of the present me… I guess I can only hope it is something like, it’s okay because “you don’t pass or fail at being a person” anyway.

What I didn’t like about it: At first, I hated the fact that the enemy is the nanny. Why does it always have to be nanny and why does the father always have to fuck the nanny? 🙄 But I do understand what The Ocean at the End of the Lane is trying to point out; how “monsters come in all shapes and sizes. Some of them are things people are scared of. Some of them are things that look like things people used to be scared of along time ago. Sometimes monsters are things people should be scared of, but they aren’t.” As we grow older, it appears monsters get better at disguising themselves, that even if it’s in front of us we pathetically miss it.

Recommended for: The Ocean at the End of the Lane is a really cool book, not only for children but for all ages, and I recommend you read it and let the child in you out in the best possible way.

One thought on “The Ocean At The End Of The Lane: The Things That Stop You Dreaming”