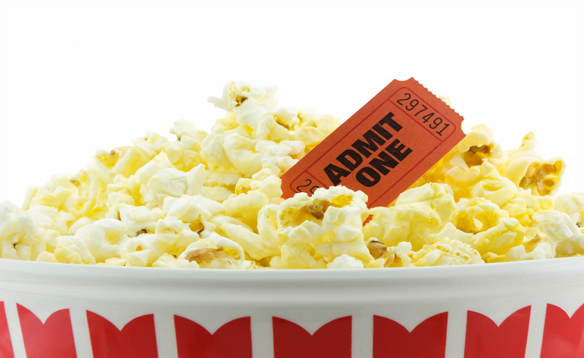 Over the weekend, My Man and I watched Hotel Transylvania. It’s an animation flick about Count Dracula who happens to be the over protective parent of a teenage vampire who ends up liking a human. Dracula runs this monster hotel to help them ease out and relax from all the stresses of lurking in the shadows and hiding from human persecution, but the human boy finds the hotel and mingles with everybody to the distraught of Dracula. 😆 In this one, Dracula is over the top OC and monsters are shown in a new light. They are the ones afraid of people! All in all, Hotel Transylvania is a light movie that is fun to watch with kids.

I wanted to catch Hotel Transylvania when I saw the movie trailer while watching The Avengers, I think. You see, when this year started, I vowed to make more effort in bonding with My Man through watching movies. It is something that he enjoys doing and unfortunately something that I don’t. But since I love him, I figured it is worth the suffering. 😆 In the list that I made for 2012, I included watching a movie with him once every two months. Because I’m sort of OC too, I ended up watching a movie with him once every month!

Here is a list of the movies 2012 we have managed to catch. Now I’m no expert in film and I just watch what comes along. For the most part, it is difficult for me to watch movies because they are long  but I’m really trying my best. Maybe you have seen these movies this year too? What did you enjoy the most?

I don’t know what movies are coming in but I’m sure we’d watch something the next two months. Do you have any recommendations?

32 thoughts on “Hotel Transylvania And Other Movies 2012: Sharing Popcorn With My Man”